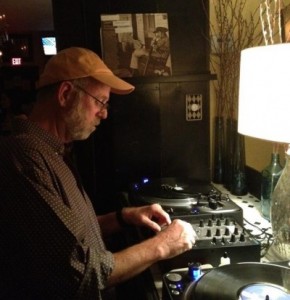 Rick has been writing professionally for 40 years about all subjects, but primarily music. He has published three books, including Whiskey River (Take My Mind): The True Story of Texas Honky Tonk (University of Texas Press, 2007), and Jazz in the New Millennium: Live and Well (Dharma Moon Press), published in partnership with Da Camera of Houston and due out in the summer of 2014. He has written for numerous regional and national newspapers and magazines, including The Oregonian and Willamette Week in Portland, Oregon; LA Weekly, the Los Angeles Times and The Houston Chronicle, where he was the pop music critic and editor from 1989 to 1999. For a sampling of Rick’s recent articles, click here.

Rick currently teaches English at Lamar High School in Houston. From 2001 to 2007, he taught English, history and philosophy and coached basketball and debate at the Awty International School in Houston. Prior to becoming a fulltime high school teacher, Rick served as an adjunct professor at the University of Houston, teaching courses on the history of American music and advanced journalism.

From 2007 to 2013, Rick was Director of Performing Arts for the Houston International Festival, for which he had previously worked as a curatorial consultant. In this capacity, he traveled abroad looking for unusual and exotic bands and performance troupes to bring to Houston, while booking top regional and national headliners. He also served as the festival’s Director of Education Programs, editing the Teacher’s Curriculum Guide that went out free to Houston-area schools each year. The festival ceased operations in 2014, a year after Rick’s departure.

Between 1983 and 1987, Rick led the Portland all-star jazz-funk-rock band Le Bon. In 2010, the band reunited to perform at the Oregon Music Hall of Fame ceremony. From 1974 to 1987, Rick hosted a late night radio program on KBOO-FM in Portland called Saturday Night Jam. From 1999 to 2001, Rick hosted the program Music Beyond Borders on KPFT-FM in Houston. He currently can be heard filling in regularly on KPFT’s Sunday blues programs, including Blues on the Move, Blues Brunch, and Howlin’ the Blues.

A student and practitioner of Zen Buddhism, Rick is a longtime member of the Houston Zen Center, where he recently taught a class on Social Justice and Buddhism. He can be found there most mornings, facing the wall. His Buddhist name, given to him by his teacher Tenshin Roshi Reb Anderson, is Hogetsu, which translates as Dharma Moon.

For 27 years, Rick has been married to Lori Sumako, R.N. Their daughter, Chelsea Mitchell, lives in Portland.