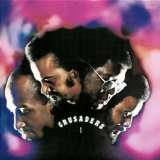 2. The Crusaders, Crusaders I (Blue Thumb, 1972): This is the double-album on which the guys from Wheatley High – Joe Sample, Wilton Felder, Wayne Henderson and Stix Hooper, plus El Lay studio ringer Larry Carlton on guitar – dropped the “jazz” from the band’s name and crossed-over to the popular R&B market with the funky instrumental hit “Put It Where You Want It.” But what the world heard as pop-jazz fusion, and what some critics put down as a commercial sell-out, was in fact a highly-refined formula of the jukejoint-tested blend of bebop chops with Gulf Coast soul that has been paying the bills for black musicians in these parts since long before anyone coined the unfortunate term “smooth jazz.” And this band played it with unparalleled creative smarts and skill. You want smooth? Listen to the way Wilton’s tenor and Wayne’s trombone sound together like one instrument. 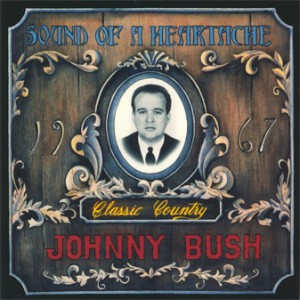 3. Johnny Bush, Sound of a Heartache (Stop, 1967): A Houston native who grew up in Kashmere Gardens, Bush cut his musical teeth playing in local country bands and backing touring stars in regional dives and dancehalls. His long out-of-print debut album, produced by Pete Drake and Willie Nelson, is the distilled, 90-proof essence of honky-tonk barstool balladry, sung by the strongest and purest country voice ever to come out of Houston. On Bush’s achingly lonely title track, the sound of a heartache becomes the crying sound of a pedal steel guitar. The program also pays homage to Bush’s mentors, Nelson and Ray Price, along with a show-stopping version of “Farewell Party” (later a hit for another distinguished Houston country singer, Gene Watson). The band features the late, great Jimmy Day on pedal steel guitar, and a very young Jerry Reed on lead guitar. 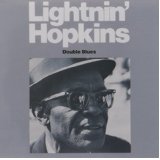 4. Lightnin’ Hopkins, Double Blues (Fantasy, 1972): Had Lightnin’ Hopkins been born in Timbuktu, circa 11th Century, he might have been a revered griot, singing praises to clan chieftains and kings. As it was, he was born in East Texas during the Jim Crow dynasty, and he set up shop in the Third Ward, singing autobiographical tales of crawling black snakes and lonesome graveyards. This double-album, reissued as a Fantasy “two-fer,” packages three 1964 sessions for Prestige/Bluesville. By this time, the rural sharecropping Texas of Lightnin’s youth was a fading memory, so that his “primitive” style of country blues was already an anachronism in a big city like Houston. But if you listen closely, you can hear echoes not only of black ghosts left hanging in the piney woods, but of kidnapped African royalty and steel-eyed African-American survivors. It is, as Rolling Stone associate editor Grover Lewis put it in his quintessentially New Journalism liner notes, “enough to make you weep.” 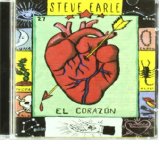 5. Steve Earle, El Corazon (Warner Bros., 1997): Steve Earle wasn’t in Houston very long, en route as he was from San Antonio from Nashville, but his time here apparently made a lasting impression. El Corazon can be heard as an album about musically coming of age in Houston, from the rollicking boomtown memories on “Telephone Road” to the scratchy-jukebox honky-tonk of “The Other Side of Town” and the melancholy Townes Van Zandt tribute “Fort Worth Blues.” Of course, he has taken it farther than anyone could have imagined back then, to political folk-rock, post-hippy bluegrass, pagan Celtic stomps and take-no-prisoners rock and roll, and it’s all represented here in one fashion or another. Earle has been on a masterly roll ever since he got out of jail/rehab a decade ago, but this one comes straight from the heart 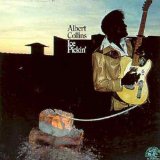 6. Albert Collins, Ice Pickin’ (Alligator, 1978): The baddest blues guitarist ever to come straight out of H-Town played a thick-stringed Telecaster, plucked with his fingers to produce a sharp, stinging sound often compared to the freezer burn touch of dry ice. Hence, his nickname, the Iceman. Collins defined his style with a series of regionally popular singles for independent Houston labels in the 1950s and early Sixties, then moved to the West Coast to commune with the flower children. Finally, in 1978, Chicago’s Alligator label successfully conveyed the over-the-top energy of Collins’ live show — the drawling, sarcastic vocals, the funky blues shuffles, and the wildly percussive, blizzard-like guitar solos — in a full-length studio recording. This album contains the definitive version of the hilariously ribald “Conversation with Collins,” as well as immaculately-conceived, freeze-dried guitar solos on virtually every tune. 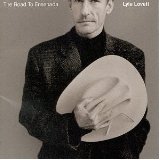 7. Lyle Lovett, The Road to Ensenada (MCA, 1996): Homeboy Klein reflects on life with Miss Hollywood on the most personal album in his impressive and still-growing catalogue. “Her First Mistake” and “Fiona” are head-over-heels courting songs, while “Don’t Touch My Hat” and “That’s Right (You’re Not From Texas)” are slyly uproarious, post-traumatic kiss-offs. But the heartsick despair of a failed marriage comes through on “Christmas Morning” and the title track, which manage to sound miserable without descending into singer-songwriter self-pity or country music clichés. Lyrics aside, Lyle Lovett doesn’t get enough credit for how faithfully he has tapped into the motherlode of Texas music – from jazz, blues and Western swing to country, folk and rock – and uniquely reinvented it for an international modernist sensibility. 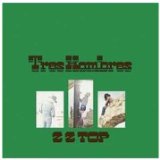 8. ZZ Top, Tres Hombres (London, 1973): OK, so the lyrical preoccupations are proudly and undeniably juvenile, but, like, you really think the Rolling Stones were any more mature? This album, including the hits “Jesus Just Left Chicago” and “La Grange,” defined a balls-to-the-wall approach to Southern blues-rock refreshingly free of the redneck political pretensions of Lynyrd Skynyrd. A full decade before MTV-wrought superstardom, Billy Gibbons’ effortlessly skronky guitar solos inspired a generation of garage-band blues guitarists, bad and nationwide. I know, it’s only rock and roll, but I still like it. And the Technicolor centerfold photo of the greasy enchiladas plate at Leo’s can still inspire a serious case of the munchies… 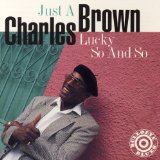 9. Charles Brown, Just a Lucky So and So (Bullseye Blues, 1994): A one-time Texas City school teacher, Brown moved to LA in the mid-40s and cut a series of hit R&B singles that defined a stylishly urbane approach to downhome blues for a generation of Southern-born African-Americans that had come west during the war to work in the supposedly discrimination-free shipyards and docks. This album, arguably the most fully realized of his wonderful Nineties’ comeback recordings for Bullseye Blues, features new versions of the hits “Black Night” and “Driftin’ Blues,” with exquisite orchestral arrangements by New Orleans’ maestro Wardell Quezergue and ebulliently jazzy piano stylings by Brown. Before Ray Charles sounded like Ray Charles, he sounded like this. 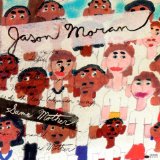 10. Jason Moran, Same Mother (Blue Note, 2005): The young HSPVA grad has been the toast of the jazz world since leaving for New York a decade ago. On this album, he revisits his Houston roots by exploring the relationship between jazz and blues, with his ace trio of bassist Taurus Mateen on bass and drummer Nasheet Waits, plus versatile guitarist Marvin Sewell. The original tunes imply everything from New Orleans second-line marches and Texas T-Bone shuffles to atmospheric chamber jazz, while the impressionist interpretations of Eric Dolphy and Prokofiev demonstrate an educated range. But the stand-out track is a cover of “I’ll Play the Blues for You,” on which the spirits of Albert King and Cecil Taylor convene to discover that they share the same mother. Don’t matter what you call it: Down in Houston, the blues are seldom more than two steps away.

Feel free to add your favorites and top ten in the comments below.